…via both Elaine Schwartz & NM Culture… 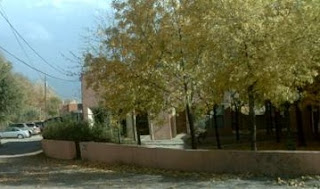 Read more »
Posted by Vanessa Vaile at 9:31 AM No comments:

What if anything are you doing for Bloomsday? It's a big day in Dublin. BBC Radio is doing a whole day of Ulysses. In  the US and at events around the world, Joyceans imbibe, declaim and celebrate in pubs and campuses across the country. Special this year too ~ expired copyright, at last, readable on Gutenberg

There are festivities in cyberspace: dedicated sites and even Ulysses in Tweet Town. Mountainair NM has neither pubs nor campuses, just Art on the Range, an unlikely, truly zeugmatic, pair to yoke. Challenging. Imagine Joyce as Cowboy Poet,

For lovers of Irish literature, and the work of James Joyce in particular, June 16 is a special day. Bloomsday is a celebration of the life of the Irish author on the day in which the events of his novel Ulysses (which stars Leopold Bloom, hence the name) is set. To commemorate the thirtieth annual observance, we present Adam Harvey's performance of pages 193 to 195 of Finnegans Wake. Video URL.

Posted by Vanessa Vaile at 5:29 PM No comments:

As formerly involved academically with Comparative Literature and continuing to feed an abiding interest, I always look forward to WLT, a favorite and always a treat. This also explains a posting inclination to the international and translations. Most tempting title goes to the review of How to Talk About Books You Haven’t Read, by Pierre Bayard (March 2008).

Now in its 85th year of publication, if you haven't yet taken a look at World Literature Today, here's a great way to both introduce yourself to it and catch up. To celebrate its 350th issue, WLT conducted a readers' choice contest, and below is the winners and runners-up from the shortlist of staff favorites in essays, poetry, short fiction, interviews, and book reviews from the past 10 years of WLT. Over 700 readers voted in their online poll, so you can bet these selections come highly recommended (and all are available full-text online)

June13 & 14: two events in two days, hosted, respectively, at Jules Nyquist's Poetry Playhouse and Merimee Moffit's (2 Thursdays a month) Poetry Salon, two new (to me) poetry venues that I'd made note of but hadn't gotten around to covering yet. Tonight, June 13: Michael C Ford at Poetry Playhouse; tomorrow, June 14 at Poetry Salon.  (image from Facebook »)

Updates can fly right past me, soon lost in the crowd on cyberspace platforms, in networks, not enough detail stuck in memory to search. Two notices two such venues about the same visiting writer on consecutive days (announcements and appearances) constitute a powerful reminder and double twofer. Neither time not space permit expanding at length, perhaps later. Names and links should suffice to get you started.

Read more »
Posted by Vanessa Vaile at 11:25 AM No comments:

Wouldn't that be Review² ? Whatever. No time to read all the little mags you submit to and should read but dont? Then read the review review. A good read too. Reviews, essays, interviews, tips.
PS ~ feel free to share favorites for growing that overwhelming list of good reads and resources we wish we had time for ... maybe someday. We promise never to be swinish about the pearls cast before us...

Posted by Vanessa Vaile at 4:20 PM No comments:

4 editing & proofreading techniques for your novel

Joseph Bates, author of The Nighttime Novelist, shares tips for editing and proofreading a novel or book. Reposted from Writers Digest.


Creating A System For Editing & Proofreading

Revision is really about seeing your book as a whole–recognizing patterns you didn’t notice before, and reconciling any disparate parts into a unified whole. The best way to accomplish this is to be systematic in your approach to editing by clarifying what works, what doesn’t, and what you need to keep an eye out for so that your goals in rewriting will be clear.

Read more »
Posted by Vanessa Vaile at 4:00 AM No comments:

#NMpoetry: the Rag calls for submissions

Hope to read your work soon.

Posted by Vanessa Vaile at 3:34 PM No comments:

Charles Simic, Serbian-American poet, poetry co-editor, Paris Review, US Poet Laureate 2007-2008 writes on the New York Review of Books blog about the future of poetry and poetry as perhaps the ultimate utopian project.

In 1972, I found myself on a panel whose subject was the poetry of the future. It was at the Struga Poetry Festival in Macedonia.


[When y turn came next, though I was in near-comatose condition from uninterrupted drinking, smoking and talking since my arrival to the festival after a twenty-hour long journey from San Francisco with barely any sleep. Nevertheless, roused back to life by the drivel of the previous speaker, I said that predicting the future of poetry is a total waste of time, because poetry has not changed fundamentally in the last twenty-five centuries and I doubted it would do so in the next hundred years. Since that was all the energy I had, I fell silent and didn’t open my mouth again for the rest of the session. As for my fellow-panelists, I have no memory of any of them responding to anything I said as they continued arguing with each other about the future of poetry.


What I said that day was as much of a surprise to me as it must have been to the other people in the room, for I was then known as a surrealist poet, someone who routinely proclaimed a belief in the avant-garde....We were convinced that abstract painting was an advance over figurative painting, that free verse was superior to meter and rhyme. To me, novelty was an essential requirement in the arts, and it still is. I agreed with Wallace Stevens, who wrote that man

Lives in a fluid, not on solid rock.
The solid was an age, a period
With appropriate, largely English Furniture
Policed by a hope of Christmas.

For him, history was a process in which no idea of reality is final and poetry was a part of that progressive metamorphosis of reality. A poet worth reading lives in the present, which keeps changing continuously into something else. What worked yesterday in poetry won’t work today, so a poet has no choice but to find means to confront the times he lives in. What doesn’t change, however, is that we are still what we were centuries ago, minds reading themselves for clues to the meaning of their existence, astonished now and then to be alive, while being acutely aware of their own mortality.

I came to understand what I said that day in Struga many years later... standing, one lovely May afternoon, on the corner of 5th Avenue and 42nd Street in New York City, waiting for a friend who was late.... it suddenly occurred to me that if the old Greek poetess, Sappho, could see what I’m seeing now, she would not only understand nothing, but she would be terrified out of her wits.

If, on the other hand, she could read the poems that I had just been reading, she would nod with recognition, since, like her own, many of these new poems spoke directly of the sufferings and joys of one human being. Suspicious of every variety of official truth, they brazenly proclaimed their own, while troubled and unsure of what the person whose life they were describing amounts to. This voice, which Sappho would recognize, has continued to speak to us quietly in poems since the beginning of lyric poetry.
....

“Poetry dwells in a perpetual utopia of its own,” wrote William Hazlitt, the great British essayist of the Romantic Period. Despite everything I’ve been saying, I think he has a point. In relation to the future, a poem is like a note sealed in a bottle and thrown into the sea. Writing one is an act of immense, near-irrational hope that an image, a metaphor, some lines of verse and the voice embodied in them will have a long, posthumous life. “The poem wants to reach an Other, it needs this Other,” Paul Celan has said. And it happens sometimes.


A young man in a small town in Patagonia or in Kansas reads an ancient Chinese poet in a book he borrowed from the library and falls in love with a poem, which he reads to himself over and over again as the summer night is falling. With each reading he brings the voice of the dead poet to life. For one unforgettable moment, he steps out of his own cramped self and enters the lives of unknown men and women, seeing the world through their eyes, feeling what they once felt and thinking what they once thought. If poetry is not the most utopian project ever devised by human beings, I don’t know what is.

Posted by Vanessa Vaile at 2:53 PM No comments: 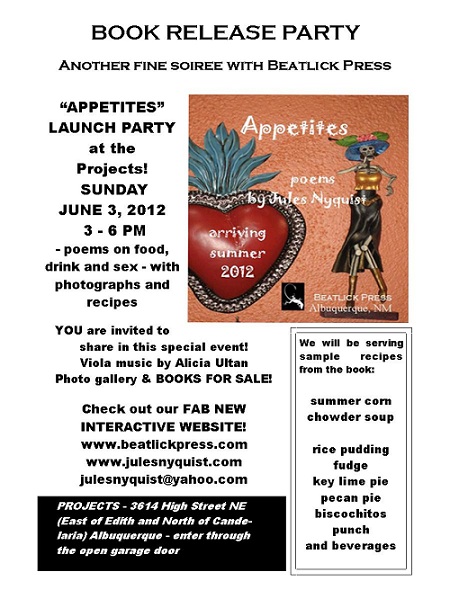 Posted by Vanessa Vaile at 6:35 PM No comments: