Essay on Benjamin & the digital reproduction of literature 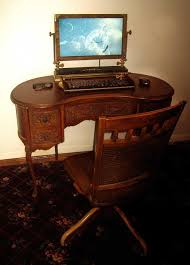 Adam Fieled's essay, "Benjamin's Desktop: Unpacking the Phenomena of Literature Online," continues developing the ideas that originated in the Argotist piece "Composite Ideologies...", and engages Benjamin (The Work of Art in the Age of Mechanical Reproduction), Barthes, and Bataille in the process.

Posted by Vanessa Vaile at 9:50 PM No comments:

CALL FOR SUBMISSIONS: TURNING THE PAGE, POEMS OF TRAUMA, HEALING, AND TRANSCENDENCE.


Tentative publication date, Spring 2012.
The Fearless Poetry Series is currently accepting submissions of poems and prose-poems for its next anthology. Full details and submission options  www.fearlessbooks.com/Poetry.htm
***************************************
CALL FOR SUBMISSIONS: A GATHERING OF THE TRIBES, A NON-PROFIT ARTS AND CULTURAL MAGAZINE
Their emphasis is on multiculturalism and diversity. They publish both established and emergent writers and artists. Interested in all disciplines of art; music, dance, conceptual art, video, etc.
The upcoming issue will include poetry, visual art, and criticism (short essays, interviews, reviews).  Send to tribes.editor@gmail.com. For further information: http://www.tribes.org/web/

Read more »
Posted by Vanessa Vaile at 8:30 AM No comments:

www.immastar.com [the web site] has gone through a re-design, and is now a blog site. I am hoping that those of you out there interested in what's gong on in OUR community, will visit the site, and or subscribe. Those that subscribe will recieve an instant (or semi-instant) email gift from lil ol me! I'll be well, take care and write on!

I've been waiting for this since the first article I read about and blogged Urban Verbs. So I subscribed for email updates even though I already have the blog on my rss reader... by they way, does that mean two email gifts? Over on the relaunched blog (a lot of poetry there you'll want to read), C tells us more about Immastar and himself before introducing Permanent Ink, his latest project. So many projects already: the scholarship project is on my list for regular nudges. At this rate, I'm going to need a checklist just to keep up.


That’s right, there will be a new poetry show in town. I know, I know, some of you are probably thinking, “more poetry, in Albuquerque!” Well, the answer is, yes, more poetry! The Permanent Ink Poetry Series is coming to a local tattoo shop in town. Myself, Carlos Contreras, in cooperation with Jespah Torres, owner and curator of Archetype Dermagraphics Tattoo Studio and Gallery (Lomas and Adams), will be organizing a series of readers, hopefully before the end of the year.


Read more »
Posted by Vanessa Vaile at 8:16 PM No comments:

Just in from Elaine Schwartz

~~~~~~~~~~~~~~~~~~~~~~~~~~~~~~~~
GENERAL GUIDELINES:
Contest Deadline is October 1st. Send up to 3 poems (100 line limit/one poem per page) or a short story (5000 word limit/double-spaced) in 12 point font
Unpublished work only: no prior ezine or paper publication allowed. No author name may appear anywhere on manuscript.  Enter as often and in as many genres as you wish.
Multiple submissions are permitted, but writers must inform us of acceptances elsewhere.  Finalists considered for publication.
All winners published in CUTTHROAT and announced on website, in POETS & WRITERS and in the AWP CHRONICLE. For further information, go to:  www.cutthroatmag.com or call 970-903-7914.  No relative or staff member  or students of judges for CUTTHROAT are eligible to enter .
Online:  Go to our website, www.cutthroatmag.com   and click on the contest button.  On the contest page are guidelines.  Click on our submissions manager to enter your contest submission.  Pay online. There is a $17 reading fee.
By Mail: Include a cover sheet with name, address, phone & email, SASE for announcement of winners and a $15 reading fee per submission made to Raven’s Word Writers Center postmarked by Oct. 1, 2011. See our web site for complete guidelines: www.cutthroatmag.com

Posted via email from Just Writing

Posted by Vanessa Vaile at 3:35 PM No comments:

Superdooper Superhero Poetry Contest... Write now!
Local Poets Guild is sponsoring a poetry competition in conjunction with 516 ARTS and their exhibition: Superheroes: Icons of Good, Evil & Everything in Between which opens Saturday, October 1, 6-8pm.
Hosts Hakim Bellamy, Gary Jackson, and Lisa Gill correlated five superheroes with different categories of poetry and invite ALBUQUERQUE-AREA POETS to submit poems on the themes (listed below) to localpoetsguild@yahoo.com or lisa@516arts.org by October 1st at 5 pm. The prizes will be fantabulous, perhaps comix-al and include participation in a costumes-encouraged 516 WORDS: Superheroes Poetry, which will take place on Halloween weekend.
Read more »
Posted by Vanessa Vaile at 10:43 AM No comments:

Bringing us up to date on plans for #100T Poets & this weekend's #NMpoetry mega-event, Zach K writes

First off, be sure to visit our local website: it has the schedule and details of what's going down in Albuquerque and the rest of NM, including Santa Fe and the Tijeras Poets Picnic sponsored by the NM State Poetry Society

All weekend we are hosting a food drive and donation drive, so please bring non-perishable food items, men’s coats, blankets, white tube socks or other clothing for distribution through Roadrunner Food Bank and St. Martin’s. We are also accepting cash gifts throughout the weekend to be distributed back into the community.

Read more »
Posted by Vanessa Vaile at 2:19 PM No comments:

Read more »
Posted by Vanessa Vaile at 11:24 PM No comments:

Email ThisBlogThis!Share to TwitterShare to FacebookShare to Pinterest
Labels: broadsided

Local Poets Guild: Sunday and Beyond

Lisa Gill is here with an update and says hello from Local Poets Guild. There's a lot to tell you about the coming of months ~ so this is as succinct as possible but with links to blog posts for more information. Passing on the usual graphics too since I'm already late getting this out...well, maybe just a couple so the post won't go out into cyberspace buck naked

P(EAR) (sorry - late but read about it and plan to make the next one)
First, I want to invite you to come out and hear Santa Fe poet Barbara Rockman speak alongside 17-year-old ABQ poet Reed Adair Bobroff for P(EAR) poetics and poems at Acequia Booksellers Sunday Sept 4th at 3:00 pm. See

EAST OF EDITH
We have also fully launched featured readers at our Monday night open mic, East of Edith. Our organizing committee (to plan featured readers and guest hosts) consists of Eric Bodwell, Jennifer Krohn, Cathy Arellano and Lisa Gill. Next up: we feature Aaron Trumm with his band on September 5th at 7:00pm at the Projects 3614 High Street NE. More here. And September 12th will be Don McIver with a one-man show about being a poet.

THE ROOST
The Roost collaboration with Local Poets Guild continues and this Sunday features Now Playing (a trio) alongside Katrina Guarascio, Jessica Helen Lopez, and Zachary Kluckman. A fun series which has just reached the halfway point. See

SUPERHEROES POETRY COMPETITION
We are happy to have a solid partnership working in an advisory capacity for 516 ARTS, and this next exhibition cycle we will be sponsoring a writing competition related to superheroes. Deadline Oct.1. For more info, read up here

Read more »
Posted by Vanessa Vaile at 10:04 AM No comments:

The third reading of 2011 sponsored by the Duende Poetry Series (which still does not have a web site to call its own) of Placitas will be Sunday, September 11th 3pm, at the local Anasazi Fields Winery. The featured poets will be two of New Mexico's major writers: Alvaro Cardona-Hine of Truchas and Amalio Madueno of Embudo.

Read more »
Posted by Vanessa Vaile at 9:12 AM No comments:

Take an app-walk through TS Eliot's Wasteland. Sybils aren't what they used to be. Tag this "poetry and technology" or lit-tech ~ both zeugmas (from the Greek: ζεῦγμα, meaning "yoke") , unlikely yokings. A blog about legal education and a free online poetry workshop (members only) both sail cyberspace under the ζεῦγμα flag. Worst Prof (not) asks....

Have y’all seen this app? It’s beautiful, and I know that because it enchanted a programmer AND a literature buff simultaneously....

Some say keeping literature cheap is the key to its survival; I don’t entirely agree. This app feels like the perfect literature delivery system for today’s reader / vaguely interested browser under thirty.

Read the rest of People Doing it Right: The TouchPress Waste Land Poem/App and so much more at Worst Professor Ever (not really but a great title)

Posted by Vanessa Vaile at 6:47 AM No comments:

Submissions are still open for our October Guest Editor who will be accepting nonfiction until September 25. To find out more about both Guest Editors please visit www.whistlingfire.com. November Guest Editor, Albert Abonado (submission Deadline: October 23, 2011) writes...


The commonly held perception of the writer is that of the soloist, operating in isolation, probably dressed in black with a bottle of whiskey within arm's reach. The act of writing is often perceived at its most romantic a pursuit often done best in solitude so that a person can assert one's independent voice.

But the truth for me is that writing is as much a social act as it is a individual one, a product of our myriad influences, from stock market crashes to the song a father sings to his daughter to an ant floating on a leaf in a puddle. What about those writers who take this notion of writing as a social act one step further, who choose instead to emphasize a sense of community and eschew this tradition of individuality by working collaboratively with others to produce a poem? The Surrealists are famous for employing this tactic, but other more contemporary examples exist: Denise Duhamel and Maureen Seaton, John Gallaher and G.C. Waldrep.

Ms. Duhamel talks about a third voice, "a voice that is neither Maureen's nor mine, but rather some poetic hybrid." This month I'm interested in poetry written by two or more authors. No particular theme required. Send me poems that neither you nor your co-author(s) can claim as being wholly your own, but instead appears to exist outside of you - a mysterious, strangely cohesive, other voice that contains its own sensibilities. I'm open to any subject. So pass the bottle of whiskey around to your friends and let's see what happens.

Rules: Accepting poetry ONLY! Please send your submissions to whistlingfire@gmail.com. Please include the words "November Editor" in your subject line. No more than five submission per writing duo or group, individuals can submit multiple times with different writing partners. Must be sent as an attachment (MS WORD preferred). Simultaneous submissions accepted. Previously published work is also allowed as long as the author retains the rights. Please include a short third person bio for each author. Submissions Close: October 23rd

About the Editor: Albert Abonado lives in Rochester, NY, the 10th smartest city in the US with his wife who is unhappy with the fact that he is allergic to cats. He is the Associate Director of Marketing and Production for BOA Editions. He holds an MFA from the Bennington Writing Seminars and has been nominated for a Pushcart Prize. His poetry has appeared or is forthcoming in Guernica, Rattle, Anti-, Gargoyle, Washington Square, New Ohio Review, No Tell Motel, and The Collagist

Read more »
Posted by Vanessa Vaile at 6:07 AM No comments: