…What would Walt Whitman Do? Featuring Bruce Noll & John Roche…with a hat tip to Billy Brown for the reminder.

Jules Nyquist invites us to a special night tonight Monday, February 25,  6:30 pm at the Poetry Playhouse

Poet Bruce Noll will be reciting and interpreting revolutionary poet Walt Whitman live for us at the Playhouse. Bruce, recently retired from the University of New Mexico, still teaches a poetry class in the Honor's Program. For 43 years he has performed "Pure Grass . . . an experience with Leaves of Grass" across the U.S. and abroad. Come hear him give excerpts from his program and talk about his years of presenting Whitman.

Read more »
Posted by Vanessa Vaile at 1:09 PM No comments:

…yesterday for Valentine's Day would have been appropriate but it is never too late for any kind of poetry…ever…I've been following PI for years, sharing here occasionally but not often enough. Is it too late for a resolution?  PS…please link below for PT on Facebook and Twitter.

Posted by Vanessa Vaile at 11:57 AM No comments: 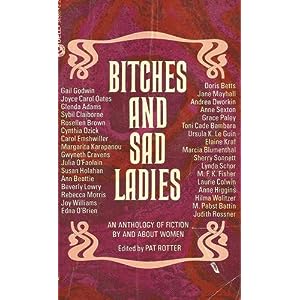 …reblogging a reblog, even if via delish Daily Dish, may represent less post-modern bricolage )mashup in more contemporary terms, post modern is not really that modern anymore) than perilous descent into the borderlands of content mills, slippery slopes, primrose paths, and such. Ample local notices in mailbox and feed reader await attention as well. I am working on an inconsistent explanation. The short version: I blog that which catches my fancy by sheer chance...serendipity.

Stumbling upon a nearly forgotten anthology of fiction by and about women, Bitches and Sad Ladies, Rowan Hisayo Buchanan found herself transfixed by the late poet Anne Sexton’s tale, “The Letting Down of The Hair,” the story of “a modern Rapunzel who has locked herself in a stone room”:


Her hair receives fan letters, pilgrims, and gawkers. The hair is filmed for television. Although the setting is modern, Sexton plays with fairy tale logic. Honey is preferred to shampoo. A woman is only a vessel for her hair. A wish causes a death.

Sexton has the poet’s skill of condensing meaning. The speaker informs us: “I’d had a normal life, men and lipstick, daiquiris and sunburns.” And we immediately know the sort of woman she has been—without names of men, without dates, or history—we know. Ruth, the speaker’s shorthaired confidant, becomes emotionally vivid in two lines: “After years of therapy, [Ruth] gave it all up for Zen. She watched her mind as a cat watches over a fish tank.” The sentences stay thrumming in the reader’s mind.

The prose is as wild and strange as the woman it describes: “I have never cut my hair. That’s something you ought to know right off. It fills the room the way ten giraffes would, twisting and twisting, their long and innocent necks.” Before Ruth dies, she writes to the speaker telling her that Christ has revealed the hair is a parable for the life of the poet. The speaker doesn’t know what to do about this, doesn’t even fully understand it. And after Ruth dies, she has no one to ask.

Posted by Vanessa Vaile at 2:42 PM No comments:

Posted by Vanessa Vaile at 1:23 PM No comments: