Poet training now and then... a deliciously don't miss blog post by Garret Caples at the Poetry Foundation. 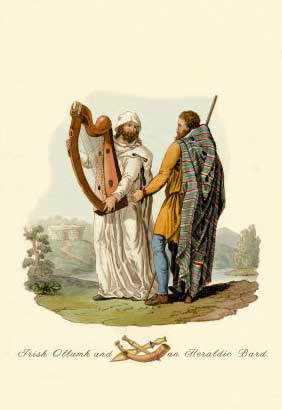 I’ve been ill for much of this week, so I devoted an even greater portion of it than usual to lying in bed reading poems. Illness seems to have brought me back to the motherland, which in my case is 1000 Years of Irish Poetry (1947), edited by Kathleen Hoagland (NY: Welcome Rain, 2000), wherein I found the following:


The File or Ollambh required twelve years of instruction in poetic elements, the bard seven years. The Book of Ballymote describes the file’s ordination: when he received the degree of Ollambh he also received the right to wear the mantle of crimson bird feathers, the right to carry the golden musical branch or wand of office, and to fill the highest post in the kingdom next to the king. (xxxv)

Picture the student loans on that! Twelve years—7 if you went to Bard—but understand that being a pre-druidic file also meant being a wizard/soothsayer and lawyer/legislator so those years weren’t simply spent workshopping poems. You needed a certain breadth to be a poet back then.

Read the rest of