Poem of the week: When summer's end is nighing by AE Housman

I've been remiss in not sharing the Guardian Poem of the week more often, let alone recommending it and the Guardian's poetry pages to all and sundry. With local poetry news and announcements covered by @PWPicnic, Picnic on Facebook and the poetry calendar that I have the best of intentions to keep up, I hope (another good intention) to devote more plog (= poetry blog) space to such and similar according to my mood and fancy. I started a list of that but it was running too long and without the saving grace of coherence, so I relegated it to the in-progress/under-consideration file. Suggestions invited.


And now to Houseman, followed by a detailed analysis, because a) I too am aging, b) and mostly Welsh (Dylan Thomas series can't be far behind), c) summer is ending, and d) who among has not long ago memorized a Houseman poem. Mine was "when I was one and twenty," so "Summer's end" makes a fitting counterpoint. Impatient, I reversed the Guardian Poem of the Week's usual order to start with poem rather than analysis. 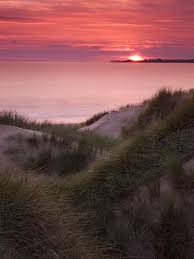 When summer's end is nighing
And skies at evening cloud,
I muse on change and fortune
And all the feats I vowed
When I was young and proud.
The weathercock at sunset
Would lose the slanted ray,
And I would climb the beacon
That looked to Wales away
And saw the last of day.
From hill and cloud and heaven
The hues of evening died;
Night welled through lane and hollow
And hushed the countryside,
But I had youth and pride.
And I with earth and nightfall
In converse high would stand,
Late, till the west was ashen
And darkness hard at hand,
And the eye lost the land.
The year might age, and cloudy
The lessening day might close,
But air of other summers
Breathed from beyond the snows,
And I had hope of those.
They came and were and are not
And come no more anew;
And all the years and seasons
That ever can ensue
Must now be worse and few.
So here's an end of roaming
On eves when autumn nighs:
The ear too fondly listens
For summer's parting sighs,
And then the heart replies.

This week's poem is my favourite of AE Housman's superbly melancholy lyrics. The poem beginning 'When summer's end is nighing' is numbered but untitled, like all the others in the 1922 collection, Last Poems, Housman compiled and published this collection specifically so it could be read by Moses Jackson, the object of his life-long, probably unrequited love, who, by this time, lay terminally ill in Canada.

The metre is typical of Housman's most sigh-laden style: iambic trimeter, with alternating feminine and masculine endings. His stanza form of choice is often the quatrain, rhyming a/b/c/b or a/b/a/b. But, in the current poem, he expands the a/b/c/b unit to five lines. And his 'b' rhyme gets a further rhyme, so each stanza, in effect, ends on a couplet. This extra rhyme-line gives him scope to widen the thought or heighten the emotion of the particular stanza, and to avoid the patness that a neat quatrain can have. It's the same stanzaic form he uses for the much-loved earlier lyric, 'On Bredon Hill'.

The fifth line may also signal a new direction, and work against the cadence to look forward to the subsequent stanza. 'When I was young and proud,' the first stanza's last line, connects us to the next episode, and a remembered experience of watching the sun go down, sketched in wonderfully compressed images of the weathercock losing 'the slanted ray', and the young speaker climbing the hill for a larger view.

Housman is a poet who often seems to be on the verge of saying the conventional poetic thing, and then, in a flash, turns it in a new direction.

Read the rest of the analysis of When summer's end is nighing by AE Housman at guardian.co.uk ©

Posted by Vanessa Vaile at 1:17 PM

Email ThisBlogThis!Share to TwitterShare to FacebookShare to Pinterest
Labels: A E Houseman, poem, The Guardian